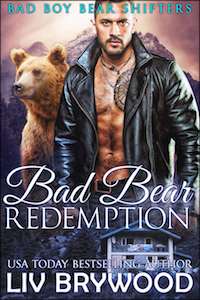 A second chance at love between fated mates…

Bear shifter Dusty Kirkland never forgave himself for causing the tragic accident that nearly killed his best friend Laurie. After enduring a litany of hate from members of their small town, he left, vowing never to return. But years later, a phone call from Laurie changes everything. He returns to Yellowstone Mountain to take care of his late sister’s 13-year-old son. Dusty doesn’t deserve redemption, but he needs it. He’s determined to get a second chance with his mate. He may be a bad boy bear shifter, but behind his growly face and ripped body, he’s hiding a heart of gold. He’ll do whatever it takes to convince his mate that they deserve happiness, and if he’s lucky, he’ll have a second chance at finding love. 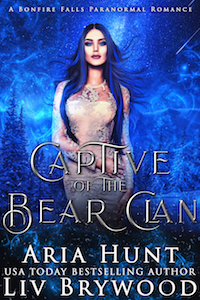 On her twenty-first birthday, Minerva’s magic spirals out of control. Unable to hide the extent of her power, dangerous enemies attempt to steal her soul. She tries to fight them, but she can’t do it alone. Three bear shifters vow to defend her, but in exchange for their protection, they want something she’s not ready to give—her love.

Kaval, Draven, and Stone will do whatever it takes to claim the only woman they could ever love. Fighting is in their blood, but they’ve never battled dark magic. It’s unlike anything they’ve ever faced, but they’re determined to protect Minerva, even if it means making the ultimate sacrifice.

Captive of the Bear Clan is a complete book with a HEA, no cliffhangers, and no cheating. It’s the first book in the Bonfire Falls Paranormal Romance series. 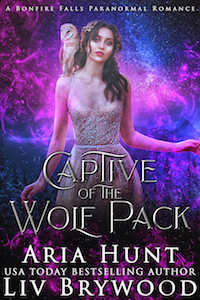 Our forbidden love will spark a war…

I’m in love with three wolf shifters who also happen to be my best friends. They don’t know how I feel, but I can’t keep this secret much longer. Our relationship is strictly forbidden. Witches and shifters don’t mix in my world. Falling in love with them would mean punishment by death, so I flee. My stepmother Lexus, High Priestess at Dark Magic Academy is enraged by my disobedience. She’ll stop at nothing to get me back. She wants to control my magic, but she’ll never control my heart. It already belongs to three irresistible men.

Nyx, Remus, and Torak are my guys. I don’t care if we’re not meant to be together. There’s an undeniable connection between the four of us. I can’t ignore it anymore. Our love is dangerous, but it’s worth risking everything. War is coming to Bonfire Falls. There’s nothing I can do to stop it. Love is the strongest magic of all, but I don’t know if it will enough to keep us safe.


To be notified when these books are released, please sign up for my email newsletter here!