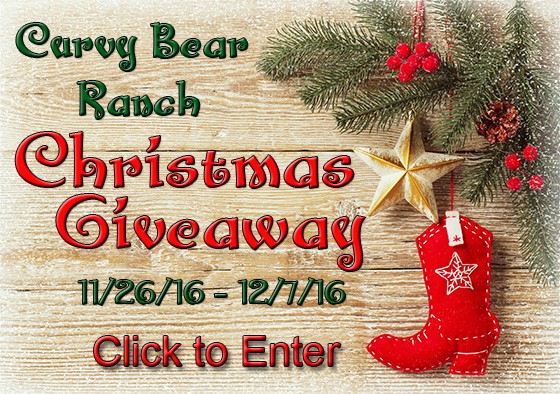 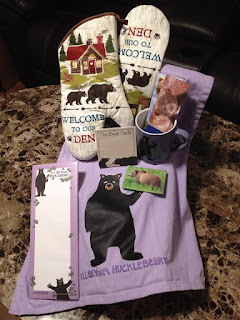 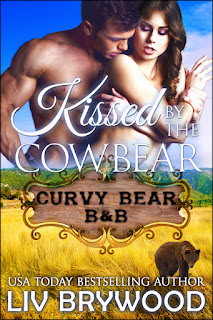 When Jessica arrives at the Curvy Bear Ranch with her five-year-old son, she never expects to meet sexy bear shifter Clint Wilson. The ruggedly handsome cowboy is everything she ever wanted in a mate. But with a shattered marriage in her past, she’s not sure she’ll ever be ready to commit to someone again. Three years ago, Clint lost his wife to breast cancer. Every time he thinks about moving on, he feels like he’s betraying her memory. But when he meets Jessica, his bear won’t let him ignore her curvy hips and stunning smile. If he can find a way to get past his fear of enduring another devastating loss, he’ll be able to give his daughter Hailey the family she deserves. And maybe he’ll even be able to mend his broken heart. This is the first book in the paranormal bear romance series - Curvy Bear B&B. This is a stand-alone book with NO CLIFFHANGERS. Love scenes are fully realized and at times include explicit language. Intended for readers 18+. 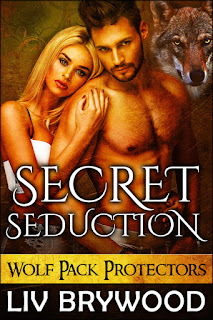 When a tall, dark and dangerously sexy Alpha werewolf rescues Diana from a vicious attack, she doesn't know who to fear more - her attacker or the wolf. She's heard whispered legends of a powerful werewolf but never believed such a creature could exist. Captured by the wolf, she's taken to his den, and to his bed.
Five years ago, a tragedy shattered Ryker's heart. As Alpha of the Silver Creek Pack, his duty to protect the pack compelled him to institute a new law - never bring a human to the den. But after saving Diana, he can't abandon the curvaceous woman alone in the woods, so he violates the law. He'll take her back to the town of Full Moon Bay as soon as night falls. But as the hours dwindle and his desire for her grows, a dark force builds a powerful weapon to use against the wolves.
This is the first book in the paranormal romance series - Wolf Pack Protectors. This is a stand-alone book with no cliffhangers. Love scenes are fully realized and at times include explicit language.

Please note: This book was previously published as Rescued by the Alpha. It has been updated. 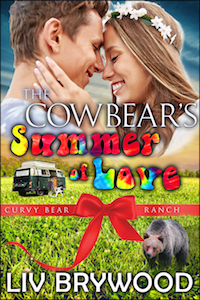 The Cowbear's Summer of Love

In a decade defined by Flower Power, social unrest, and the Vietnam War, two unlikely lovers form an everlasting love. This is the story of the Grant brothers’ parents...
Daisy will do anything to save her brother from the war, so she devises a plan to smuggle him into Canada. Everything’s groovy until their VW bus breaks down leaving them stranded. As if things couldn’t get any worse, they find themselves at the business end of a shotgun, and the cowboy pointing it is the sexiest man she’s ever seen. She can’t stop staring at his washboard abs and ripped chest.
Greg is stunned by the hippie girl’s curvy body, flowing golden hair, and bright blue eyes. As much as he wants to kick her off his property, he can’t. With his brothers off fighting in Nam, they need a few extra hands around the ranch. As long as his old man doesn’t find out he’s harboring a draft dodger, everything will be copacetic. But as the summer of ’69 heats up, Greg must find a way to convince his fated mate that she belongs in his arms forever.
This is the seventh book in the paranormal bear romance series - Curvy Bear Ranch. This is a stand-alone book with NO CLIFFHANGERS. Love scenes are fully realized and at times include explicit language. 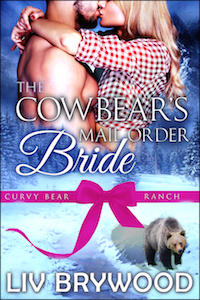 Cindy Blythe is tired of running from her dangerous past. She longs for a safe haven, but if she gets too comfortable, she might lose everything. When she finds the perfect man on an online dating website, she packs up what’s left of her life and drives out to the Curvy Bear Ranch. No one will ever find her in the remote Montana wilderness. She won’t have to divulge anything about her awful past. But when she meets panty-melting Drew Grant, her guilty heart wants to reveal everything. How can she tell him the truth when he doesn’t even know her real name?
When Drew finds out that a "helpful" relative has been posing as him on a dating website, he’s furious. He doesn’t need help finding a mate, especially since he doesn’t want one. He’s perfectly happy alone. But when Cindy arrives, his bear gets one look at her sexy, curvy figure and Drew knows he’s in trouble. She’s awakened the beast inside him and there’s only one way to calm him down. Unfortunately, he has no idea that the woman he secretly craves is hiding a terrible secret.
This is the sixth book in the paranormal bear romance series - Curvy Bear Ranch. This is a stand-alone book with NO CLIFFHANGERS. 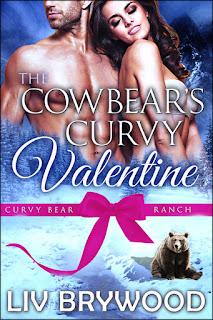 After losing the trial of the century, disgraced lawyer Abigail Holt flees the unforgiving press in Dallas. With only the clothes on her back, she ends up driving to the small town of West Yellowstone. She needs to hide for a while, just long enough to figure out how she’s going to move forward with her life. The Curvy Bear Ranch seems like the perfect place to retreat. But when she meets Cody Grant, a tall, sexy cowboy with bedroom eyes and a panty-melting six-pack, she wonders if she’s headed for another disaster. She has no idea that the man she secretly craves is hiding a huge, furry secret. When Cody meets Abby, her curves set his body on fire. His bear can’t wait to claim her as his mate, but Cody isn’t ready to commit. He’s not interested in dating another broken woman. With his last, failed relationship in mind, he agrees to her no-strings-attached proposition. But after one mind-blowing night together, he agrees with his bear. He’ll do whatever it takes to convince his fated mate that they belong together. And he’s very, very convincing with his naughty tongue. This is the fifth book in the paranormal bear romance series - Curvy Bear Ranch. This is a stand-alone book with NO CLIFFHANGERS. Love scenes are fully realized and at times include explicit language.