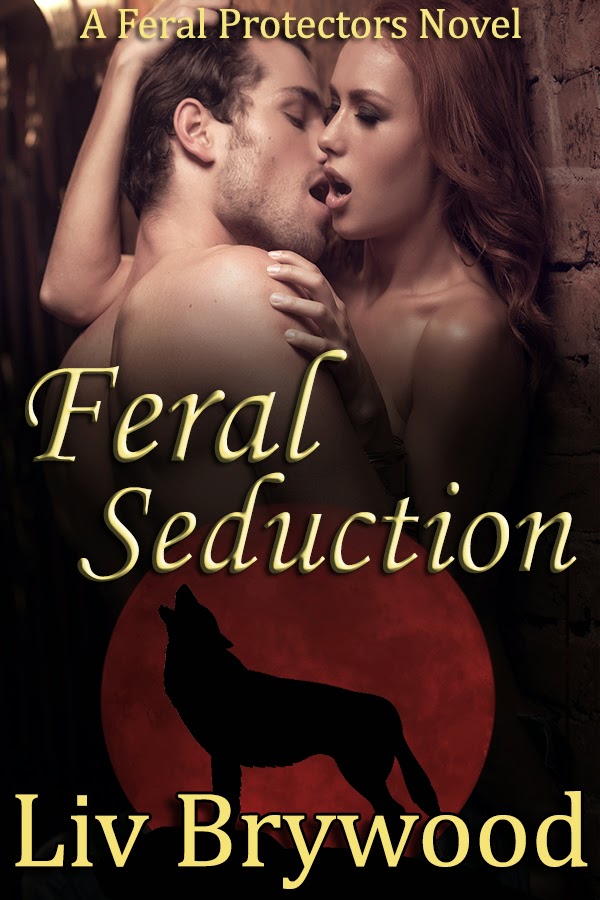 Thank you so much for waiting for Feral Seduction. A few weeks after Rescued by the Alpha was released, I started having pain in my shoulder, arm and hand. A few months later, I needed surgery to replace two herniated disks in my neck. Ouch! The surgery went well but it took me months to recover. The emails I received from fans really kept my spirits up during recovery. Now that I'm back in one piece, I'm extremely excited to bring you Stryde's story in Feral Seduction.

But! You don't have to wait another week to get the story. I’m starting an ARC reviewer team in preparation for the release of Feral Seduction and I'd love to have you join my ARC Pack.
WHAT IS AN ARC REVIEWER?

A reader who gets a FREE copy of an author’s new book a couple weeks before the book comes out in exchange for posting an HONEST review of the book on release day.

HOW DO I GET TO BE AN ARC REVIEWER?

I give preference to readers who have reviewed one or more of my books (and yes, reviewing now counts), especially those who have book blogs, though that isn't a requirement.

My ARC program is handled by my assistant Angela Hayes. If you’d like to be considered, just send an email to: BetaPackAssistant [at] gmail [dot] com. Send her a link to the review(s) you've written, and ask her to sign you up for the ARC Pack in time for Feral Seduction.

Here's how the ARC program will work:

1. Email Angela to be considered for the ARC Pack.

2. After you are invited to become a member of the ARC Pack, you will receive an ARC copy about 2 weeks before release day. Please let Angela know if you can't review the book and you will be exempt for this book.

3. On the release day, please post your review and tell Angela it's up so she can check you off the list. To stay on the list, you must post an HONEST review of the book.

4. One week after the release day, Angela will email the pack members who haven't replied to remind them that the program is designed for early reviews. To remain on the list, you will be asked to please post your review within 2 weeks.

5. Ten days after release day, members who have not reviewed the book will receive a final notice. Angela will be limiting the number of reviewers in the ARC Pack, so failure to review the book will result in the loss of the pack member's spot on the list. She will be keeping a waiting list for readers who want to become members of the ARC Pack.

And now for a sneak peek of Feral Seduction....

Forced to take refuge in an abandoned cabin in the middle of the woods, Brandy thinks she's finally escaped her stalker. But she quickly realizes, she's not alone. An unimaginably sexy, and very naked, man appears in the middle of the night to offer her protection. She's captivated by his stormy eyes, until she learns his dark secret. She knows she could never tame him, but when he makes the ultimate sacrifice for her, she knows she can't live without him. The more he tries to resist her, the more she wants him and for once in her life, she intends to get what she wants.

Stryde, the reclusive alpha wolf of the Dark Moon Pack, doesn’t believe in love. Fate claimed the life of his mate and he refuses to spend more than a few nights with any woman. But when he meets Brandy, she turns his world inside out. Haunted by the failures of his past, he's compelled to help her. Even though he wants to return to his reclusive life, he can't. Her dangerously sexy curves and feral seduction awaken his body, but he can't offer her more than a few nights of fleeting pleasure. There isn't a woman in the world that can heal his shattered soul.

Brandy approached the cabin from the rear. If she could find one unobscured window, she’d be able to determine whether or not a hunter lurked inside.

She circled the building. As she stepped onto the wooden porch, a loose plank creaked under her weight. She cringed. So much for being stealthy. Frozen in place, she listened for telltale footsteps. Nothing.

She tiptoed to the only uncovered window and peered inside. A small coatroom led into a kitchen. A living room sat just beyond the kitchen. No matter how many angles she tried, she couldn't see into an open doorway halfway between the kitchen and living room. It had to be the bedroom. A hunter would be wise to sleep through the storm. If someone was sleeping inside, at least she’d have the element of surprise on her side.

She grabbed the latch on the screen door. It squeaked open. Her fingers touched the doorknob just as a clap of thunder sounded overhead. She jerked her hand back as the windows rattled.

When the cabin stopped shaking, Brandy turned the doorknob. Locked. Great. If she couldn't get inside, her plan was useless. She’d have to come up with another way in. Maybe the key was hidden somewhere on the porch. If more than one hunter shared the cabin, they might leave the key here for easy access. Her father had shared a cabin with a friend and they used to hide the key somewhere near the back door.

After turning over the doormat and looking in the flowerpot, she was about to give up hope. Lightning arced across the sky. The flash of silvery light revealed a key wedged between two logs in the cabin’s wall. She grabbed it and slid it into the lock. Bingo.

She quickly opened the door and stepped inside. She held her breath so she wouldn't make a sound. She paused, listening for movement. Again, nothing.

But she couldn't let her guard down yet; a hunter could still be sleeping in the bedroom.

She tiptoed across the kitchen toward the only room she couldn't see from outside. If someone was in the room, she was screwed, but what choice did she have at this point? She couldn't risk being hit by lightning or getting caught up in a flash flood.

The handle of a carving knife poked out of a wooden block on the counter. As she slid it from its sheath, the blade scratched against the wood. Her heart pounded against her rib-cage. The weapon trembled in her fist as she stalked toward the room...
***
I hope you enjoyed the first look at Feral Seduction. If you have any questions about joining the ARC Pack, let me know.

Thank you,
Liv Brywood
Posted by Liv Brywood at 3:28 PM